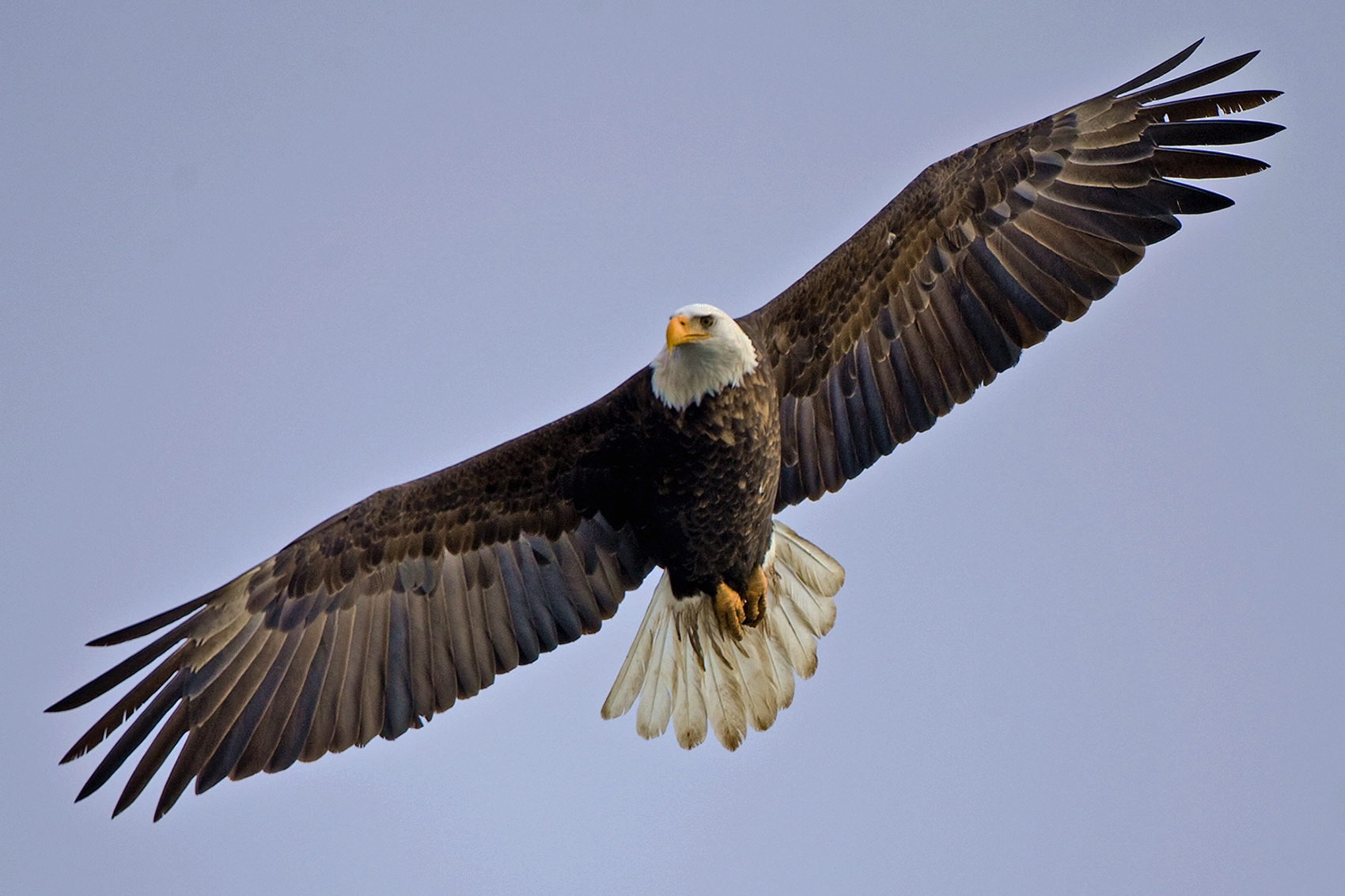 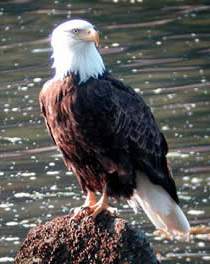 One of Squamish’s top attractions is the bald eagle. The bald eagle is found over most of North America. British Columbia is home to about 20,000 bald eagles, with the greatest stronghold on the northwest coast. They flourish here largely due to the salmon. Dead or dying fish are an important food source for the Brackendale eagles that visit the area every year. Nearly 20% of British Columbia’s eagle population wintered in Brackendale in 1994.

Eagles can be viewed from the Tenderfoot Creek Fish hatchery in the Cheakamus Valley down to the Squamish Estuary near downtown Squamish. The Brackendale eagles begin arriving in mid November and leave mid February. The largest concentration can be viewed from late December through January. The Eagle Viewing Dyke, across from the Easter Seal Camp, is the most popular eagle viewing point.

Need a place to stay while visiting Squamish and Brackendale for eagle viewing? Click here for a listing of Squamish inns, Squamish hotels and Squamish motels. For additional information on Brackendale’s bald eagles visit the Brackendale Art Gallery website.

Book an Affordable Hotel in Squamish